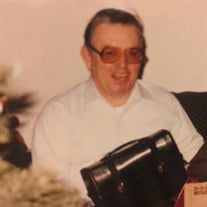 Albert Lyle Webb, 84, of Kansas City, Kansas passed away June 27, 2021 at AdventHealth Shawnee Mission. Albert was born July 17, 1936 on a farm near Meamon, Iowa, In 1945 Albert and his parents, Wiley Perry Webb and Olita S. (Short) Webb moved to their farm in Clemons, Iowa, also with Albert’s sister, Doris Ann Webb. His parents and sister preceded him in death. Albert was named after his Grandfather Albert Andrew Webb who married Maggie May Staton who is deceased as well. Albert raised a milk cow and with the proceeds from the sale of milk, he purchased his first car. In the early 50’s Albert served in the military, then soon after he went to work for Sunshine Biscuits in the Fairfax district of Kansas City, Kansas, returning from there and remained in the Kansas City, KS area. He is survived by his best friend, Gary Creek, nephew, two nieces, many cousins, and many friends. To respect his wishes, there will be no services. Vicky Ramsey-Deering, a cousin, has requested that everyone please read Psalm 23, “The Lord Is My Shepherd” in his honor.

The family of Albert Lyle Webb created this Life Tributes page to make it easy to share your memories.

Send flowers to the Webb family.