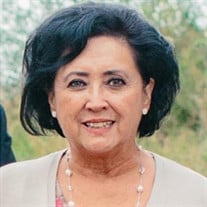 Beatrice Laura Licodo Kooken, AKA the Queen Bea, passed away on Wednesday, May 6th, 2020. Born in Washington, DC to Benjamin Licodo, Sr. and Beatrice Cecilia Clare Licodo on October 12th, 1946. Her father, a Filipino native, left the islands with Gen. Douglas McArthur as a US Navy member. His service at the White House and various bases along the east coast of the US had the family moving during her childhood. She attended Regina Catholic High School in Adelphi, MD and was a proud graduate in 1964 of Norfolk Catholic High in Norfolk, VA. After graduation she started a career in telecommunications working on the east coast and in Kansas City and Topeka. Bea retired after 30+ years where she cherished the work she did and the friends she made. In 1965, she married Tyrrell Dean Kooken “Kookie” and they moved to Kansas where they began their family. They shared 37 years of marriage where they enjoyed taking their kids camping, boating and sharing a love for the outdoors until Kookie’s passing in 2002. She loved watching her children participate in their many activities throughout the years, but her greatest love was the love she had for her grandchildren and for making others feel special. She also enjoyed her travels abroad with her brother Ben. Throughout the years, Bea found joy in crafting, reading, sitting in the sun, and watching the Chiefs and Jayhawks. She volunteered in many service organizations. Bea was very proud of her numerous family members who served in the military and after retirement she devoted countless hours of service with the Women’s Auxiliary of the American Legion Post 41 with her longtime companion, Bob Delich, to honor all veterans. Bea was known for her jokes, her pranks, her compassion for all, and her laughter was contagious. To know Bea was to love her, and everyone she came in contact with became family. Bea was preceded in death by her parents and her husband. She is survived by her brother, Ben (Missy) Licodo, Raleigh, NC and his family; her children Ben (Paula) Kooken, Eudora, KS, Eddie Kooken, Overland Park, KS, Debe (Juaquin) Orosco, Lenexa, KS, and Barbie (Doug, Bernie) Hartwell, Eudora, KS; grandchildren Jordyn (Haley), Dean (Sarah), Dakota (Courtney), Brandi, Delaney (Jeremy), Siera (Hunter), Brittany (Christian), Justyn, Courtney, Kaden, Alex, Mandy, Ryleigh, Skyler, and Albaney; great grandchildren Rhyz, Braxton, Elizabeth, Cairo, Kenton, Jayce, Remi, Kyron, Jadelle and Madelyn; and her longtime companion, Bob Delich, his children and grandchildren and Bea’s numerous nieces and nephews. Due to the current mandate of social distancing, a private service will be held for the immediate family. A celebration of life will be held at a later date so that everyone who loved Bea can “bring bail money”. In lieu of flowers, the family suggests donations to any veterans organization, or in Bea’s words, “if you have a million dollars in unmarked bills, send them her way”.

The family of Beatrice Laura Kooken created this Life Tributes page to make it easy to share your memories.

Beatrice Laura Licodo Kooken, AKA the Queen Bea, passed away...

Send flowers to the Kooken family.