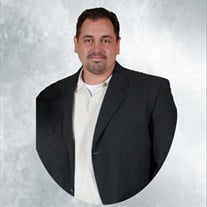 Not sure what to send?

Chad Anthony Alcorn, 50, of Shawnee, KS went to be with the Lord on Tuesday, May 3rd, 2022. The Lord brought him into this world on May 24, 1971, and his Mother can still feel the first time they placed him on her chest. All 9 pounds and 4 and... View Obituary & Service Information

The family of Chad Anthony Alcorn created this Life Tributes page to make it easy to share your memories.

Chad Anthony Alcorn, 50, of Shawnee, KS went to be with the Lord...