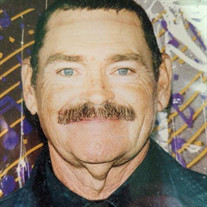 Fred “Freddie” Junior Anderson Sr. was born April 22, 1941 in Lacygne, Linn County Kansas. He was age 79 when he passed from death to life on March 10, 2021 at the Kansas City, Missouri Veterans Hospital. Fred and his wife Irene “Bunny" Lee Anderson (Heineken) were married in Miami, Oklahoma on December 17, 1974. Fred graduated from Wyandotte High School in 1960 shortly after graduating from high school he was inducted into the Army. He went to Fort Leonard Wood, Missouri for Basic Training and Fort Benning, Georgia for Advanced Military Training. He was a sergeant in the Army 82nd Airborne division in Fort Bragg North Carolina as he would say, "Jumping out of perfectly good airplanes.” He was honorably discharged from the Army in 1966. He was a member of the American Legion Quindaro Post 199. He was also a part of the Kaw Valley Jaycees in which he received awards. He worked on the Police Reserves before deciding to be a firefighter permanently. He joined the Kansas City, Kansas Fire Department in 1967. He served on the Kansas City, Kansas Fire Department for 35 years retiring in 2003. After retiring as a firefighter he continued to be a part of the firefighter family continuing to work with the Kansas City, Kansas Firefighter Relief Association as Chairman of the ball, selling firefighter ball tickets, in which he had great love for. He received The Fred Anderson Lifetime Achievement Award which was named after him as well as The Kansas City, Kansas Fire Department Public Service Award. He also volunteered for Friends of the Kaw cleaning up Kaw Point Park. He was a lifelong avid antiques collector and owner of The Anderson’s General Store. He enjoyed going to thrift stores, garage sales, setting up at antique booths such as Fabulous finds and on the weekends at the City Market in Kansas City, Missouri as well as various mall shows in the past. And as he would say ,“He who dies with the most junk wins!” He won! He was a hard worker that provided for his family and was always doing something. His work ethic started young when he would sell Henry field seeds, religious plaques for $1.00 as well as selling the Sportscaster Magazines at the stadiums for Harry Kehoe who mentored him. He enjoyed telling jokes, socializing and making friends everywhere he went. He always looked at the positive in life and had a smile on his face even at the end of his life. The day he died he said he was wanting to go be with Jesus and was even smiling at death when family was at his side. He was at peace. In honor of his life, enjoy your life. Please consider making a contribution to the Kansas City Kansas Firefighter Relief Association in honor of Fred Anderson. Freddie is preceded in death by his father, Fred Edward Anderson; sister in law Linda Diane Heineken; brother Billy Anderson; and half sibling, Paul Anderson. He is survived by his loving wife of 46 years, Bunny Anderson; children, Frederick Joseph Anderson, David Lee Gardner, Fred Junior Anderson Jr., Bunny Irene Redwood (Anderson), John Dwayne Anderson; adopted daughters Diane Renee Flo Lockridge (Anderson) and Cathy Michelle Joyner (Anderson) children born to sister-in-law Linda Diane Heineken who preceded him in death; grandchildren, Kane Bryant Anderson, Zion Alexander Redwood, and Israel Alexandria Redwood were his pride and joy; mother, Edith Lilian (Gilford) Anderson; siblings, Edward Anderson, Larry Anderson (Gail); half siblings Kathy Anderson, Gerald Anderson, Chester Lewis, David Bravard; and a host of Nieces and Nephews. He will be honored at 7's fire station, 2717 Strong Ave, Kansas City, KS 66106, at 1:00 PM May 22, 2021.

The family of Fred Junior Anderson Sr. created this Life Tributes page to make it easy to share your memories.

Send flowers to the Anderson family.