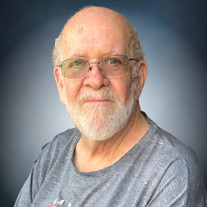 James Joseph Ferree, 78, of Kansas City, Kansas passed away Tuesday, October 19, 2021 at Adventhealth Shawnee Mission surrounded by his family. Jim was born September 8, 1943 in Emporia, Kansas the son of Frank and Ethel Ferree. His life passion was his work and his family. A son of Kansas City and an engineering graduate of the University of Houston, Jim went on to serve NASA as a designer during the Apollo missions working in the Flight Crew Support Division, training the astronauts and supplying specialized items for various missions. At the age of 40, Jim decided to take a modest loan of a couple thousand dollars in 1984 to build J&A Industries. In 27 years, Jim built J&A into the exclusive supplier of railroad signal equipment to BNSF, Union Pacific, CSX and many other railroads within the U.S. market as well as Mexico and Canada. At the age of 67, he sold J&A to private equity and retired. Jim remained retired for just one year. He partnered with Village Developer to launch a lean real estate development company focused on building age-restricted Class A multi-family and condo projects for seniors. During that time, Jim founded the Ferree Family Office to manage his business affairs and ensure his descendants are educated in his very clear values of hard work, honesty, integrity and thrift. Out of Ferree Family Office, Jim co-founded Target Hill Capital to focus on much-needed early-stage venture investments hedged with uncorrelated income-producing real assets. Jim’s primary contribution to Target Hill comes from his 53-year business career focused on processes to optimize team performance, production and profitability. He currently runs the value-add procedure for portfolio companies, aptly named “Target Hill Certification.” In his time off Jim loved to play golf and spend time with his family. Jim is preceded in death by his parents, Frank and Ethel. He is survived by a daughter, Amber Reedy; grandchildren, Kaylee Ferree (Chance), Mason Christopher, Jackson Winfrey, and Rylee Winfrey; siblings Pam Warner and Russ Ferree; nieces and nephews Chris Whitney and Mark Warner; and a great grandchild due soon. A celebration of life will be held at a later date.

The family of Jim Ferree created this Life Tributes page to make it easy to share your memories.

Send flowers to the Ferree family.