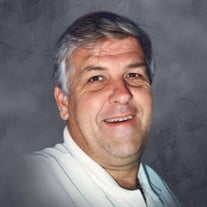 Wyandotte County and the surrounding community of Kansas City, Kansas has lost a pillar. Peter C. Pomerenke, 75, of Camdenton, Missouri, passed away in the comfort of his lake home on February 14, 2021. Pete was born on February 20, 1945, the son of Bill and Jean Pomerenke. Pete was born in St. Paul, Minnesota, and grew up in Kansas City, Kansas. He attended Washington High School and obtained his college degree from Rockhurst University. In his younger adult life, Pete was in the Navy as a medical technician and served honorably at the Naval Hospital in Bethesda, Maryland. After his time in Maryland, Pete returned to Kansas City, started his family, and began his mission for public service in his community. He was a President and an active contributor on the KCK School Board and a founder of Wyandotte House (now Kaw Valley Center). Pete was a long-time member of Welborn Community Church and a devout member of Victory Hills Golf Club. Pete spent his professional career selling insurance and building meaningful relationships with commercial truck drivers. Pete lived life to the fullest, always encouraging people to “count their blessings" and find joy in the small moments. He was fond of his doughnuts, lemon drops, and Sunkist Lemonade. He loved automobiles and had quite a collection of classic model cars. He often had more cars than drivers in his driveway. He enjoyed music just as his father did. He shared his voice at weddings, funerals, and in the church choir. He would often just sit in awe and listen to music. Aside from his loving family, Pete’s choice for “man’s best friend” was a Boxer dog. He had several over his lifetime, including a sweet baby puppy that he was able to put in his arms for the first time on his final day. Pete was a golfer. He would say, “A bad day of golf is better than a good day at work.” He was an old soul. He loved reruns of Andy Griffith and old westerns. Pete was no ordinary Grandfather. He had a special relationship with each grandchild and was regularly involved in each of their lives. He had the ability to make each of them feel like they were the number one grandchild. Pete loved the water and enjoyed owning a home and boat at the Lake of the Ozarks. Pete’s greatest gift was to listen and offer simple, genuine advice. He was a trusted comfort to lean on for all who knew him. Barbara Pomerenke was the love of his life in marriage for over 30 years. They made a great team. Together, they raised and fed a big family. They loved going out for dinner and sitting on their deck at the lake watching the boats go by with his Barbara Mae. They were each other’s purpose. She was his rock; he struck gold. Pete is preceded in death by both of his parents, Bill and Jean. He is survived by his loving wife, Barbara Mae (Myers) Pomerenke; sons Chad (Kristen) Pomerenke and Neil (Kari) Pomerenke; daughters Dana (Marc) Lemke and Sara (Brent) Smitko; stepdaughters Denise (Brad) Barber, Sherry (Jim) Walsh, and Marla (John) Michaels; sisters Gretchen, Susan, and Peggy; 17 grandchildren: Drew, Devin, Macy, Corbin, Mckenzie, Parker, Riley, Dawson, Logan, Lauren, Aeby (Dustin), Olivia, Brett, Whitney, Grace, Dylan, and Marianne; and one great-grandson: Adrian. Pete’s family loved him dearly and will miss him with all their hearts and souls. The Lord took him to his Kingdom for eternity. Pete will be laid to rest at Maple Hill Funeral Home & Cemetery (3300 Shawnee Dr, Kansas City, KS 66106) on Monday, February 22nd, 2021. Visitation is closed for immediate family. Graveside service will be at 3:00 pm and all are welcomed. In lieu of flowers, there are two charitable organizations that Pete had a passion for. The Olathe South High School Band chapter of United Sound (an organization whose mission is to provide musical performance for students with special needs through peer mentorship - in honor of Pete’s grandson, Devin Lemke) and Kaw Valley Community Center (an organization that cares for children and families in crisis - Pete was a founding member and was awarded as a “Hero” of the organization). Donations in Pete Pomerenke’s name to either or both of these organizations would be appreciated: Olathe South High School Band United Sound http://www.osbands.org/osunitedsound.html Kaw Valley Community Center www.kvc.org https://kansas.kvc.org/donate/

Wyandotte County and the surrounding community of Kansas City, Kansas has lost a pillar. Peter C. Pomerenke, 75, of Camdenton, Missouri, passed away in the comfort of his lake home on February 14, 2021. Pete was born on February 20, 1945, the... View Obituary & Service Information

The family of Peter C. Pomerenke created this Life Tributes page to make it easy to share your memories.

Wyandotte County and the surrounding community of Kansas City,...

Send flowers to the Pomerenke family.