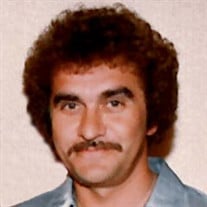 Richard Lynn Liston, Sr., 77, passed away peacefully in Overland Park, Kansas. Richard was born November 28, 1943 in Kansas City, Kansas to Lloyd and Edna Liston. Richard worked for General Motors, Fairfax for 30 plus years and retired in 2003. He enjoyed playing and later coaching baseball, fast-pitch softball, basketball and football and was a lifelong fan of the Chiefs, Royals, and Jayhawks. Richard’s other hobbies in life included publishing the GM newsletter while employed there, photography, competitive UAW horseshoe leagues, cars, and participating in Civil War re-enactments from local events to as far away as Gettysburg. He thoroughly enjoyed life and loved to travel. He was especially fond of Hawaii and visiting Civil War historical sites. In his youth, he expressed his love for cars by building models and won several awards for his craftsmanship. Richard traded in model-cars to the real-deal as soon as he could, particularly loving a Model-A he rebuilt (he excused it being a Ford), his ’66 GTO, and several other GM products including one of the first Fiero’s to roll off the line (all painted red, of course!) Richard also had part-time jobs that included installing the large Christmas displays in the 60’s & 70’s downtown shopping and business districts in KCK and KCMO, as well as working as on-field ambulance crew for the Chiefs. He also was a friend to many cats and dogs in his life. He went from not wanting animals in the house to always taking in and caring for any stray that showed up at his door. Richard married Nancy (Macan, Liston) Burch September 4th, 1963. They dissolved their union in the 70’s but remained close, life-long, friends and eventually reunited as house-mates. Richard is survived by Nancy of Shawnee, his son Richard Liston, Jr (Lisa) of Shawnee, his daughter Lisa Mitchell (Hank) of Pensacola, Fl., grandchildren, Richard III (Breck), Wyatt, Sarah and Alex and his brother Vance Liston of Basehor Kansas. He is also survived by many nieces, nephews, cousins, in-laws, and friends. He was preceded in death by his parents Lloyd and Edna, his sisters Catherine, Barbara, and Linda, and his brothers Warren, Bobby, Jerry, Vernon, and Donnie. Services will be an open visitation from 10am to 12 pm on Saturday August 7th at Maple Hill Funeral Home KCK. In lieu of flowers please donate to the Alzheimer’s Association or donate blood in his honor.

The family of Richard Lynn Liston Sr. created this Life Tributes page to make it easy to share your memories.

Send flowers to the Liston family.