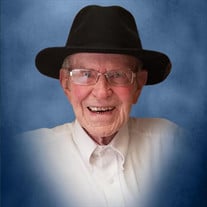 Doug Parker, 82, of Mission, KS passed away on June 19, 2020. A graveside service will be held at 1:00 P.M. Wednesday, June 24, 2020 at Maple Hill Cemetery. Doug was born the son of Walter and Mary Parker on April 6, 1938 in Lockwood, Missouri. Doug graduated from Argentine High School in 1956 and was a member of Marching Band. He retired from Weber Flooring in 2007. Doug built two houses, literally from the ground up. He was an avid fisherman and traveled to many lakes hoping to rid them of their fish population. But, his greatest joy in life was his time spent with family. His loving eyes, his warm embrace, no one can ever take his place. He is preceded in death by his brother, Ron Parker. He is survived by his loving wife of 43 years, Cynthia Parker; daughters, Kathy (Jim Watson) Taylor and Kim (Jack) Williams; step son, Keith Payne; step daughter, Amy (Curtis) Ashby; grandchildren, Haley (Chris) Swanson, Blair Stevens, Ross Stevens, Emily Williams, Olivia Williams, Nick Payne, Conor Payne, Jason Kent and Jessica Kent; great grandchildren, Brennan Swanson, Kaitlyn Swanson and Brennon Hodes-Payne, and his sister-in-law, Shirley Parker. In lieu of flowers, the family would appreciate donations to be made to the Alzheimer’s Association. His family would like to thank the Staff at Garden Terrace Overland Park for their care and support. Please visit Doug’s memorial website at www.maplehillfuneralhome.com

The family of W. Douglas "Doug" Parker created this Life Tributes page to make it easy to share your memories.

Send flowers to the Parker family.